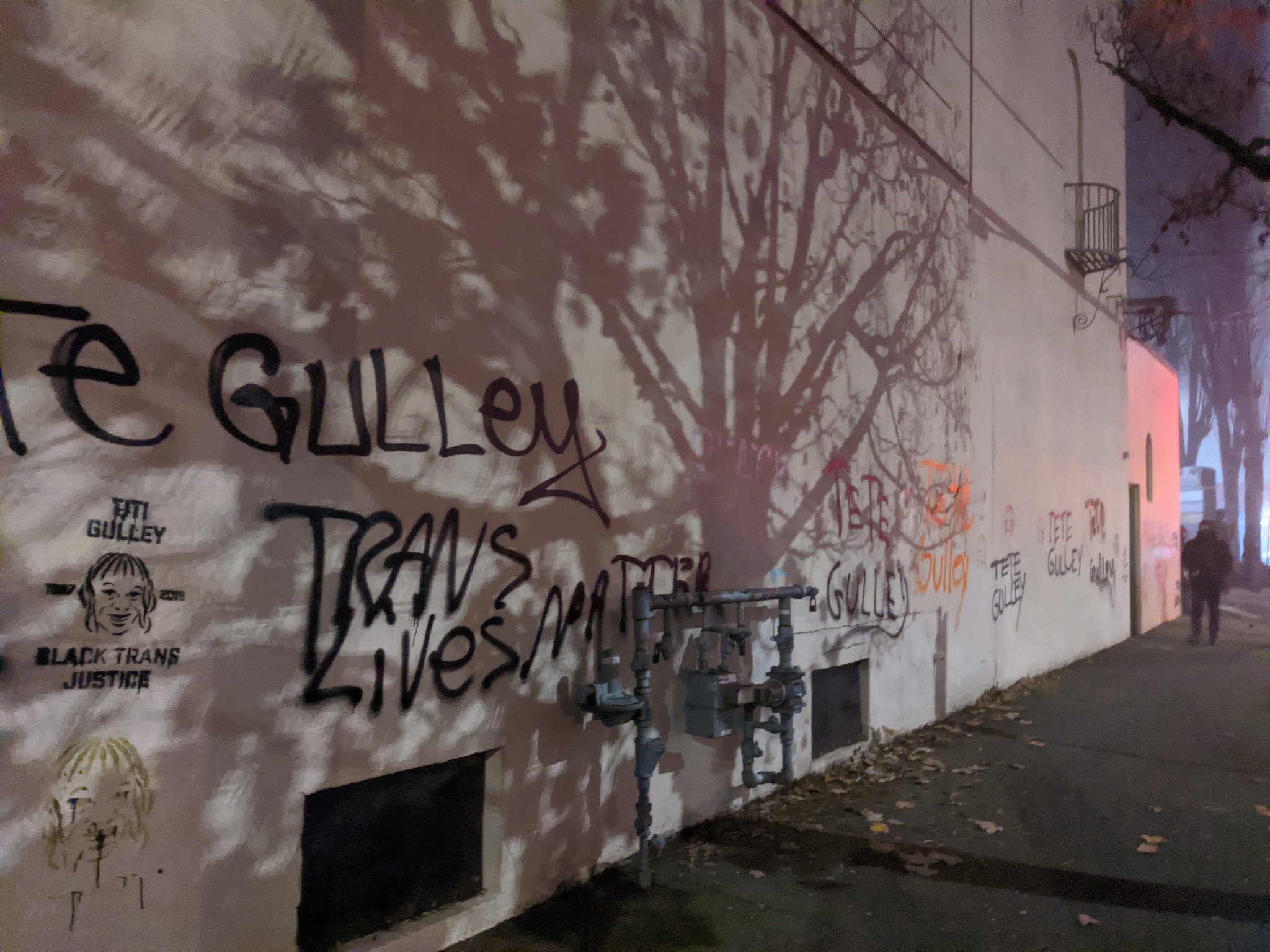 On November 20th for trans day of rage, a call was spread underground through the community to meet in the Hollywood neighborhood, a gentrified area far from downtown, which has gone relatively unaffected from the past months of protesting. Another action was being promoted publicly for downtown portland which shifted the focus of the pigs and gave us cover.

We all knew what we were there for while not knowing each other’s identities. We moved swiftly and quietly through the thick night fog, tagging the name of Tete Gulley, a black trans Portlander killed last year and other anti capitalist anti cop and black/trans liberation slogans. Feeling good, the windows of parasitic businesses and corporations began to be busted out. We continued for blocks, until pigs were spotted in a rented UHaul van. Having achieved what we came for, we made like water, and dispersed into the night. 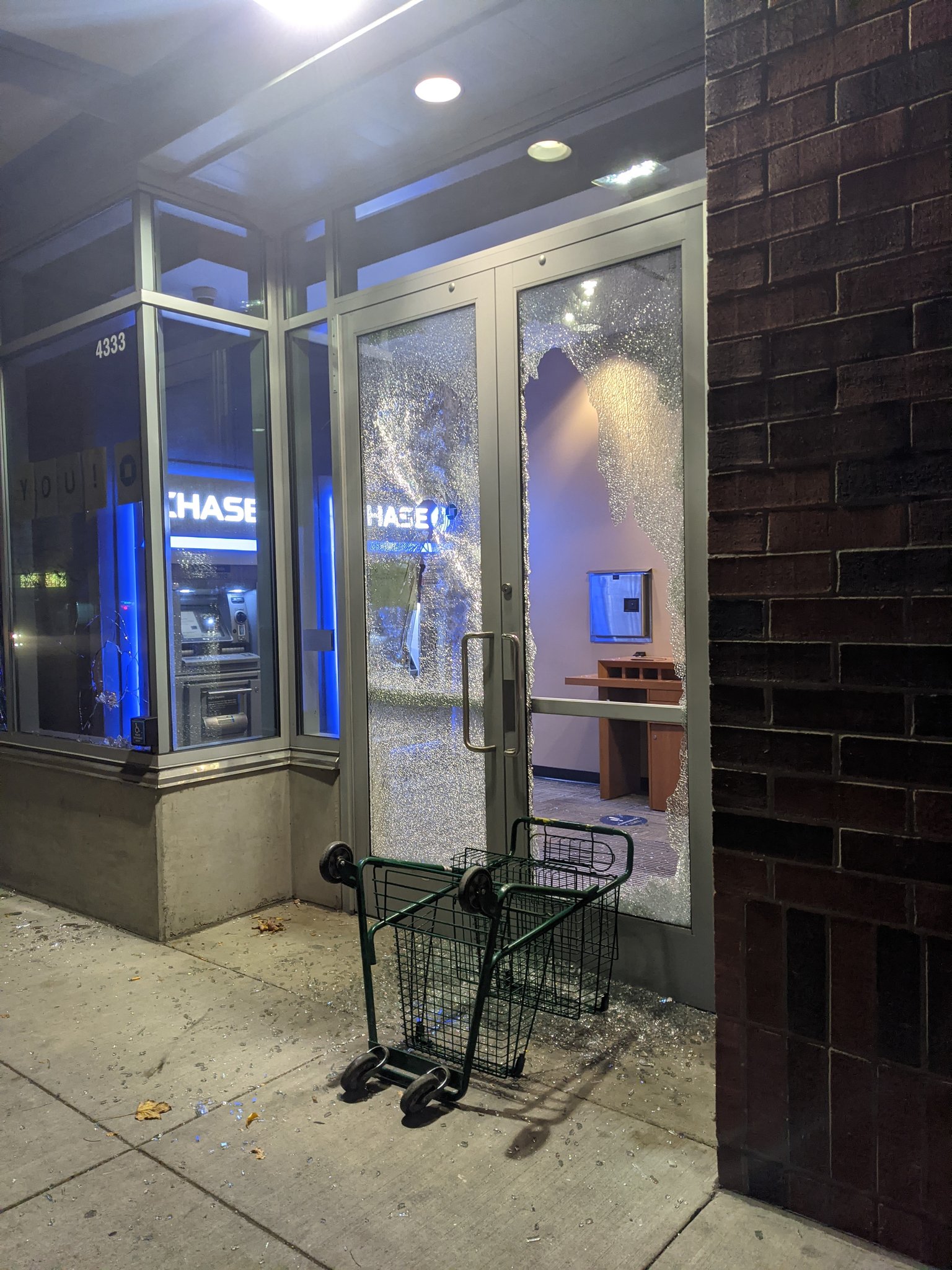 When the cops arrived, nobody was there, just the aftermath of our work. Not a single arrest was made. The nights action was a wonderful example of a good direct action. Everybody’s lips were sealed and it was spread in secrecy, nobody’s actions were policed, and most importantly we showed the cops a truly decentralized night of action, impossible to pinpoint a source or to effectively stop.