New zine: Who Are You Streaming For? —three criticisms of livestreaming

Who Are You Streaming For? is a collection of three critiques of livestreaming at protests. These three have previously been published separately, but in the context of the 2020 uprising are definitely worth returning to. 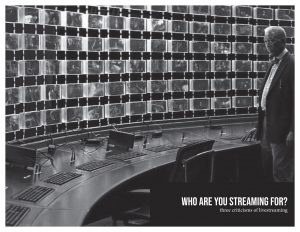 This criticism of livestreamers is backed up by the undeniable success of the recent action in Portland on Indigenous People’s Day of Rage. Exactly one week ago, that action saw two statues of colonizer presidents toppled, a police building smashed in, and more, with only 3 arrests made by the pigs.

“The Indigenous People’s Day of Rage had a key distinct feature in how it was shared on social media.

The march was able to finish and realize many of its aims without experiencing repression from swarms of violent unhinged police.

The Day of Rage ensured that at the end of the action, the hours of footage police could have crawled through to identify and prosecute window smashers and statue topplers, simply didn’t exist.” 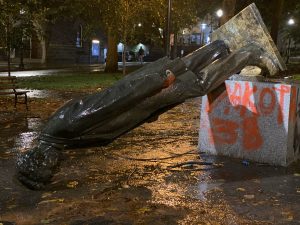 Why Are You Streaming? -reading PDF

Why Are You Streaming? -printing PDF